09/29/2022 What do the Orange County Commissioners and the FBI have in common?

The Orange County Board of Commissioners and the FBI want to silence your voice and restrict your freedoms.

The FBI has become a Gestapo arm of the Democrat Party with early morning raids on the homes of conservative leaders to include the Mar-a-Lago home of Donald Trump.

The Orange County Commissioners will meet Monday October 3rd and attempt to pass an ordinance against our First Amendment rights, freedom to assemble and protest.

This ordinance has come before the Commissioners several times. Most recently on 6/21/2022 when it was tabled due to fierce opposition from the community.  The final vote was to reconvene in the fall, speak to the school board (again) and invite them to speak (again) in order to hear all sides.

Commissioners Renee Price, Jean Hamilton, Anne Richards, Sally Greene, Jamezetta Bedford and Amy Fowler are driving this effort along with support from the Orange County School Board.  There was one Commissioner, Earl McKee, who voted against it. 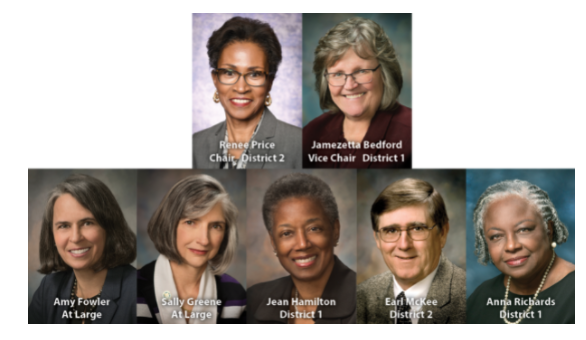 Please make a special effort to join us Monday night and make your voice heard.

If you are unable to attend, Orange County Commissioner work sessions are available via live streaming video and Orange County Gov-TV on channels 1301 or 97.6 (Spectrum Cable).

Drugs and murder are rampant in Orange County.

Looking at the current crime in Orange and surrounding counties one can clearly see there is an emergency at hand.

In Orange County alone there have been 4 recent homicides, three of those were local high school students. This week a string of break-ins and robberies at convenience and ABC stores has spread over Orange County. Additionally a drive-by shooting was in close proximity to Efland-Cheeks Elementary, triggering the school to activate a soft lock-down.

If that is not enough the youth are under attack from Fentanyl laced pills readily available to students through social media. There are reports of students at Orange High School becoming sick and/or overdosing during school hours and taken away by ambulance. The administration denied students have overdosed from this fatal drug issue,  however that does not resolve that these drugs are in the community.  In contrast Orange County Schools immediately publishes when a student has tested positive for COVID19, yet they remain silent on the substances that are actually taking teenage lives. 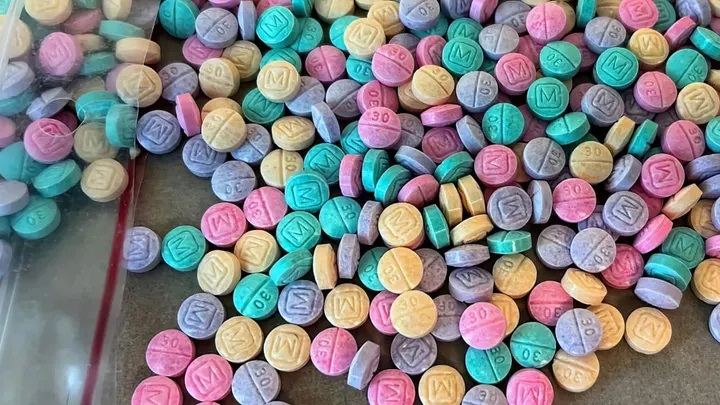 The Fentanyl Crisis: Stories of Heartbreak and Hope 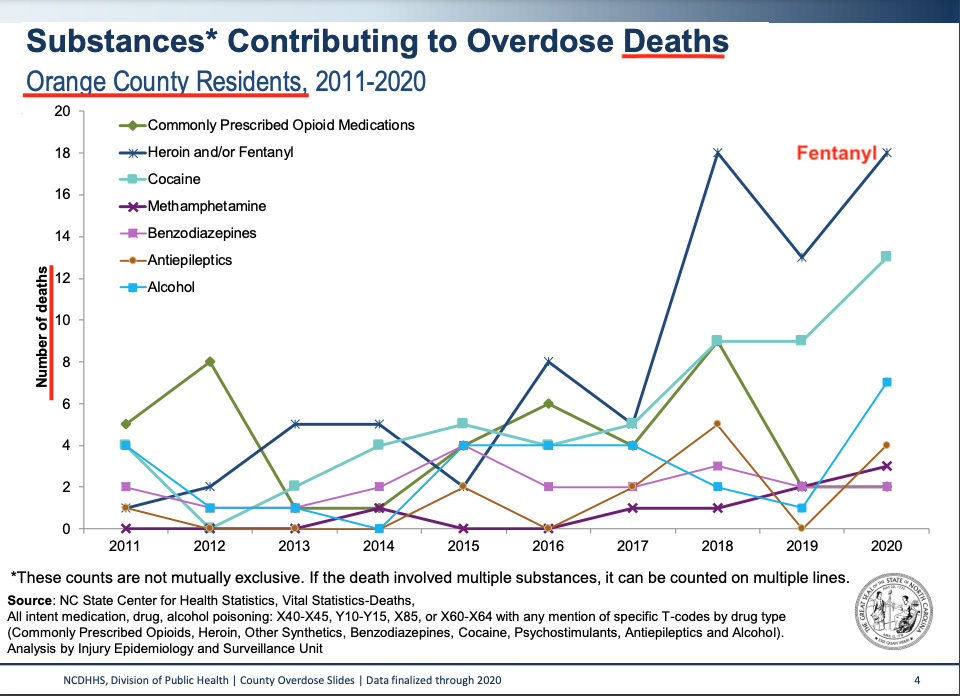 The New Group of Patriots believes we must unite to hold school board members and administrators accountable for polices that are destroying our children.

One group, Moms for Liberty, has made a difference in influencing the school boards in Orange County.  Support them.

We must exercise our voices by sending a clear message to school boards. Call or email the school board members and administrators and demand transparency and policies that will fix this drug epidemic in our schools.

Additionally, attend the next School Board meetings and give public comment about your concern about crime and drugs in the  schools.

With the recent removal of a pornographic book from neighboring Alamance Burlington Schools it is time to address Orange County Schools and Chapel-Hill Carrboro City Schools. The previous Orange County School Board voted to keep this book ,along with two other books, in the school libraries. This is just one book of many that contain age inappropriate images and text that are on display in your school libraries.

Below are examples of book titles sitting on the library shelves at Orange County and Chapel Hill-Carrboro City Schools.

What Girls Are Made Of

If you care about the well-being of the children in your community you will speak up about these books. You can make a difference by attending school board meetings.

Moms for Liberty of Orange County is making a significant difference by attending school board meetings.  Consider joining them.

HELP US:  Join NGOP and Moms for Liberty today!

Foushee received $401,205 from one donor. What has Valerie promised in return for this large donation?

The Orange County Congressional Republican candidate, Courtney Geels, has campaign commercial ads ready to air but does not have the funding. The reality is if the Unaffiliated and the Patriotic Conservatives come together we out number the Democrats. We will flip this seat! Please help Courtney with donations to get these ads out.

The Orange County Board of Commissioners is eyeing to prohibit your right to protest at or near schools and community playgrounds all in the name of safety. They even go as far as to prohibit how you can gather on your own private property if you reside near a school.

Thanks to the many voices in the community that spoke out against this  tyranny at the County Commissioners meeting on 6/21/22, and those that submitted emails, the final vote was to reconvene in September 2022 for further discussion. Watch how it all went down here and read the proposed ordinance. We must be vigilant when this comes back in the fall.

There is a dark force at work and the populous have been toyed with and manipulated by the elite politicians. It is all a political game; we must seek out the corrupted individuals and vote them out. That is why it is important to find the true constitutional and patriotic voices among the candidates. It's time to kick the RINOS and DINOS to the curb.

We were all fooled on both sides of the aisle that the PPP loans (Paycheck Protection Program), included in the $2.2 trillion CARES Act, were intended to help struggling small businesses recover.

The truth is employees, companies and PACs connected to firms that received these loans contributed at least $52 million to Democrat and Republican political committees during the 2020 election.  How sick is that? Our taxpayer dollars funded these PPP loans to help small business owners and $52 million ends up going to political committees! Joe Biden's campaign was the recipient of the most donations coming from this money laundering scheme. In fact Orange County has been allocated $28.8 million dollars through the ARPA (American Rescue Plan Act). It is our duty to pay attention as to how these funds are spent.

*Attend and give public comment at the Orange County Commissioners meeting when they discuss regulating protesting. Date TBD

*Get involved by volunteering for your local candidates' campaign

Hunter Biden spent 30K on prostitutes within a 5 month period and disguised the payments in the form of checks as 'medical services'.

Will the NCGOP support Republican Kentucky congressman James Comer, in a congressional investigation into Hunter when the GOP wins control of the House in 2022? This is an important question to ask the NC Republican 2022 candidates. Are they interested in the truth and holding criminals accountable or lining their pockets with big donor money? Will this be another "Rules for Thee but not for Me"? 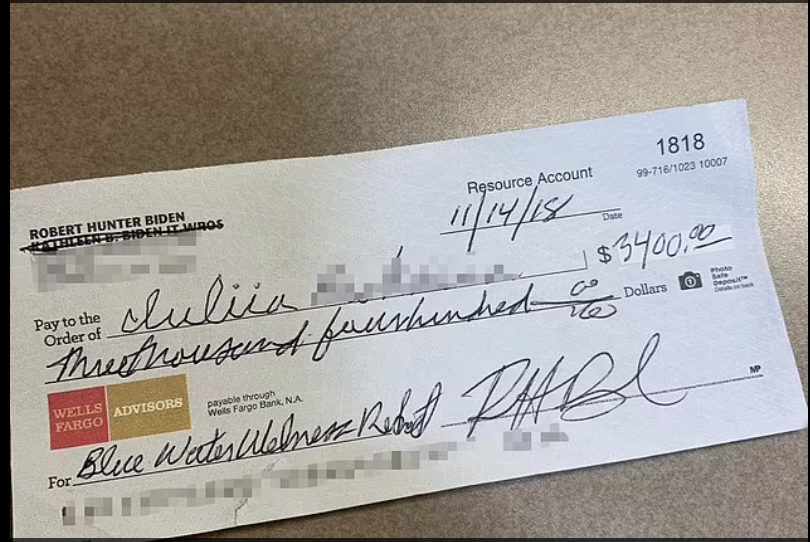 Read and view the evidence below: WARNING GRAPHIC CONTENT.

Courtney Geels for US Congress District 4 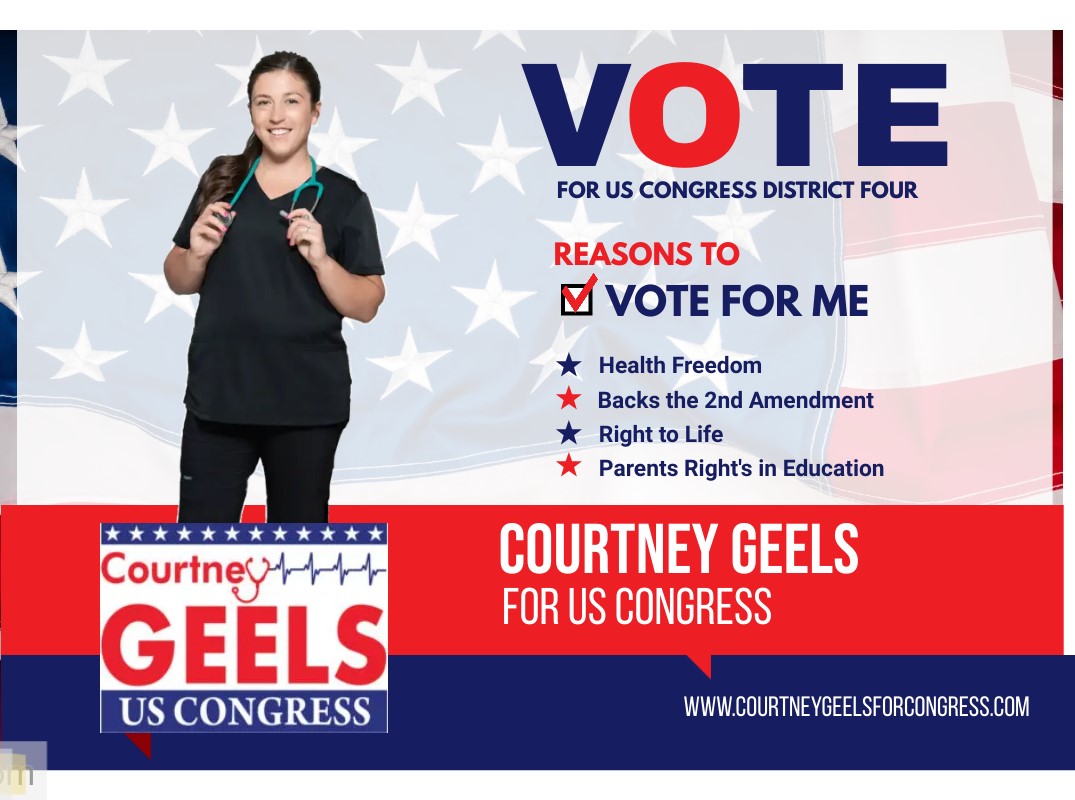 If elected to congress Courtney will bring more common sense and conservatism to Washington. Her mission is to restore to government the values that have been built into the foundation of our great country and the tenets which she  practices in her faith every day – truth, justice, and unity. We need truth in the media.

Join her campaign to give North Carolina a strong voice in Congress, fighting for conservative principles, to unify our nation, and reduce the power and influence of liberal media on society.

If elected, Charles will be the first Republican Hispanic American elected to serve in the NC General Assembly. Charles looks forward to showcasing that true diversity in race and thought is welcomed by all by North Carolina, its citizens, its businesses, and the Republican party. 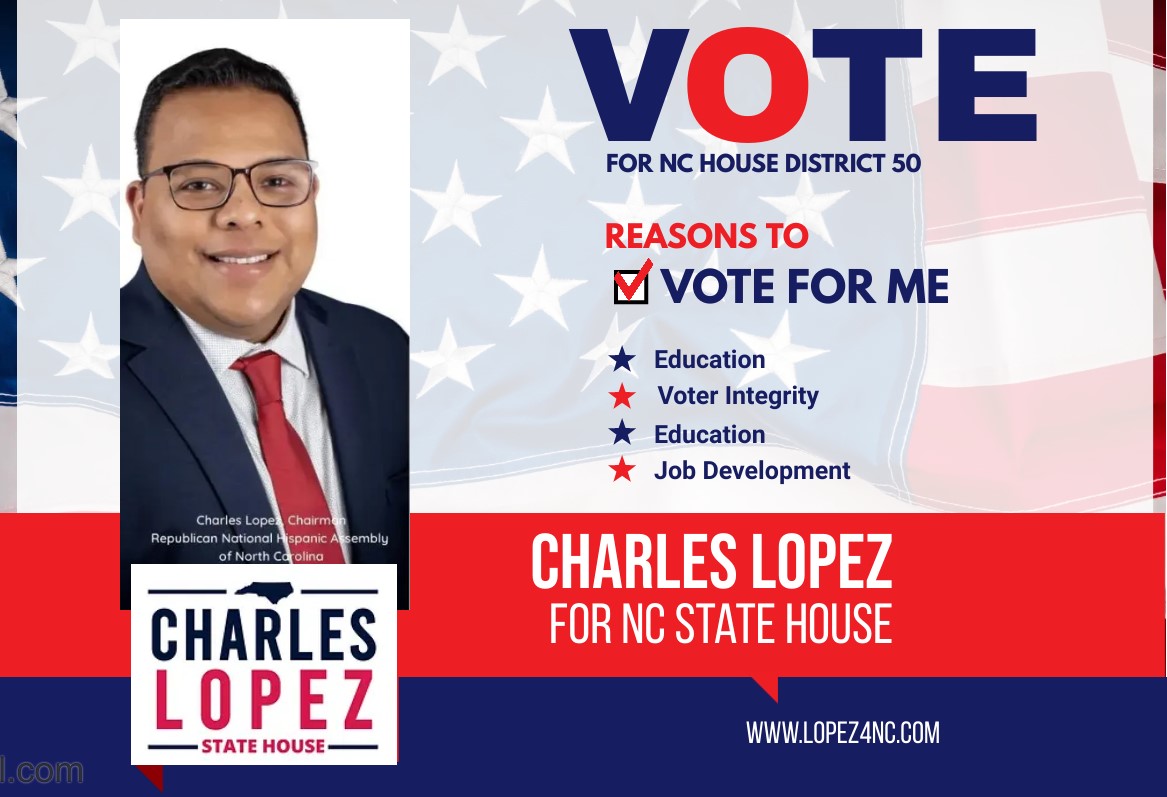 *The Lopez campaign is looking  for volunteers. Reach out to the campaign if interested: www.lopezfornc.com

In addition to tax breaks he will bring better education to the county in the form of technical trades and innovative classes.  He stands for faith, individual rights, a fair judicial system, American oil, as well as green energy. 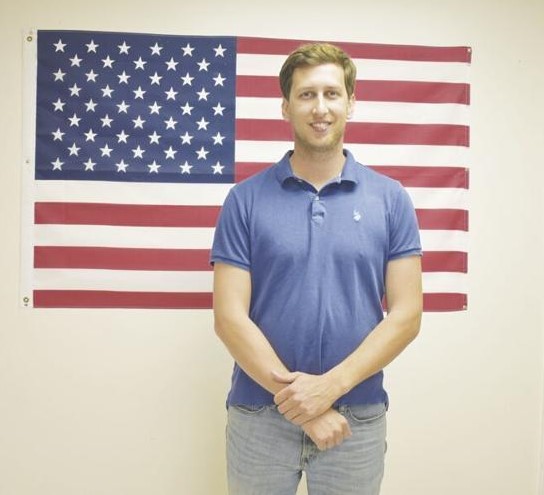 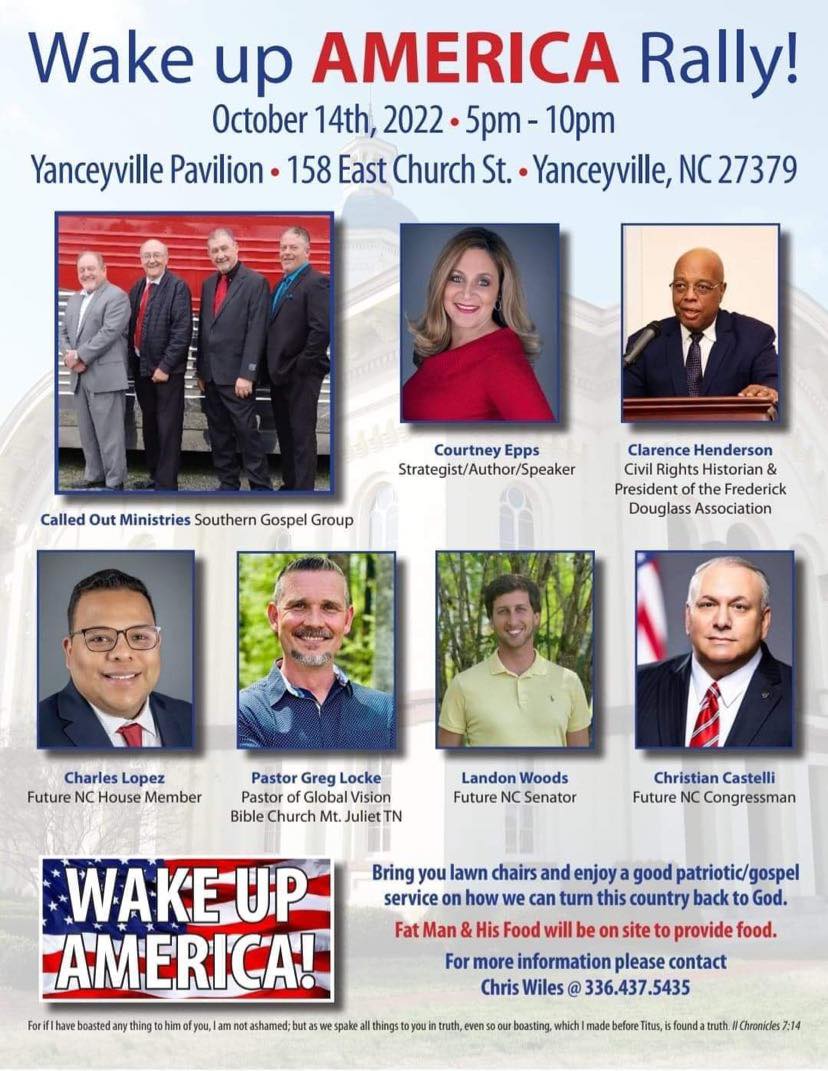 The Psychology of Totalitarianism- Mattias Desmet

We bear witness to loneliness, free-floating anxiety, and fear giving way to censorship, loss of privacy, and surrendered freedoms. It is all spurred by a singular, focused crisis narrative that forbids dissident views and relies on destructive group think. Totalitarianism is not a coincidence and does not form in a vacuum. It arises from a collective psychosis that has followed a predictable script throughout history, its formation gaining strength and speed with each generation from the Jacobins to the Nazis and Stalinists as technology advances. Governments, mass media, and other mechanized forces use fear, loneliness, and isolation to demoralize populations and exert control, persuading large groups of people to act against their own interests, always with destructive results.

Why I Stand- Jonathan Isaac

Facing public criticism, peer hostility, and widespread disapproval, would you compromise your principles to blend in with the crowd, or would you stand for what you believe? On July 31, 2020, the Orlando Magic starting forward Jonathan Isaac was the lone NBA player not to kneel for the national anthem amid a league-wide demonstration in support of Black Lives Matter. Standing alone, knowing the scrutiny to come, Jonathan had a peace he at one time never could have imagined possible. 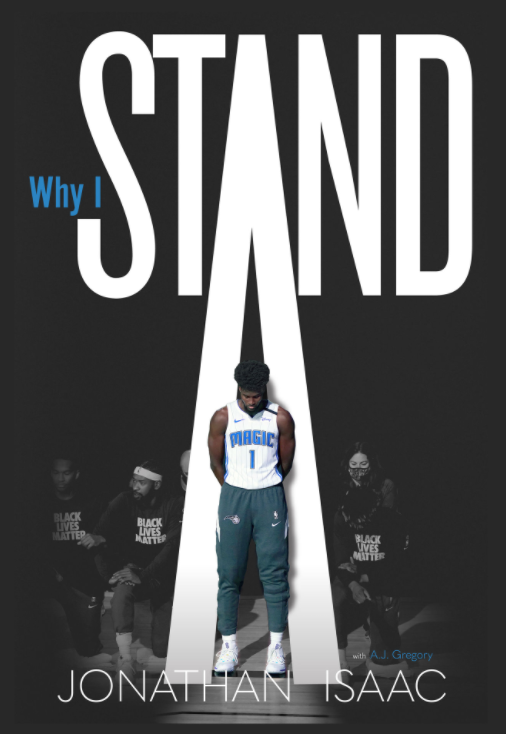